The Key Differences Between Major Gift Fundraising And Capital Campaigns 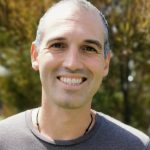 In 2020 we caught up with Gail to ask her this important question:

“What’s the difference between major gift fundraising and capital campaigns?”

Gail Perry discusses the key differences between a major gifts fundraising program and a capital campaign.

“So you got to determine if the suspects are really going to be a prospect. And that’s what we call the discovery process, it’s really interesting, because not all suspects are going to be prospects.”

You know, it feels gross, but nurtured. Yeah. Okay, you can nurture me. So this is the major gift process. You got your suspects, which is a body of work, and then the discovery process, which is both research and talking to the donor to try to figure out where they stand. And then you start nurturing them. And we have a permission based asking approach, very systematic, taking the donor down the yellow brick road to when we can put an ask on the table.

“And we also teach something called the oblique ask, which is dropping the idea of a gift as a suggestion and then just pulling back.”

And so you’re sort of gently bringing up the topic. So we have a very sophisticated approach now. And I would say that I didn’t have that approach 10 years ago.

I mean, when should an organisation start with their programmes. And how do you assist them in their major gift coaching?

Every organisation large or small, say you’re a little tiny organisation. When you don’t have a lot of internal resources or staff, you should still try to have 10 or 20 major donor prospects that you’ve identified and that you’re developing. A second director should have a handful of people that he or she can take out to coffee and feel like they’re major funders and their partners and she or he should treat them as friends and partners and not have this really stiff, scared relationship. So any organisation can raise major gifts.

“The smaller organisations just have a smaller pool of donors that they’re able to nurture.”

And then the major universities have hundreds of fundraisers because they’ve got hundreds of thousands of alumna.

So they run the numbers and how the big universities do it and how analyse their gift potential. They do the research, their wealth screening services. As you know, that can just massively research 100.000 alumni records and spit out the 5,000 that might be most likely to be donors. And that analysis is based on the donors track record as a donor.

As well as the wealth screening information is publicly available. So then the universities, they do the math. Okay, well, if we’ve got 5,000 donors and we could get an average gift of 50,000 dollars from each one of these then therefore, we’re going to we can justify the investment of X number of fundraisers.

Click here to see the full interview with Gail Perry as we dive into all all things major gifts fundraising and capital campaigns.